The more I come to the library, the more I notice the recurring characters. For example, there's an old guy who, near as I can tell, comes here to sleep. He looks like he's in his 70's, always wearing the same outfit, always sits in the same chair. The first time I saw him I was sure the old bastard was dead.

He bears more than a passing resemblance to a guy who's portrait is in the lobby of the McLure Library, but that doesn't really mean anything. As long as they're not fat and they don't lose too much hair, white men pretty much all look the same once they hit their late sixties. 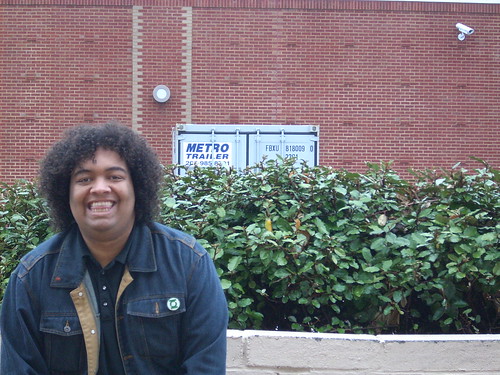 Six, originally uploaded by Will Cockrell.